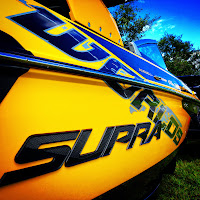 The eighth and final installment of the 2014 King of Wake series, the Rockstar WWA Wakeboard World Championships, presented by Supra Boats @Supra_Boats, will premiere Tuesday, November 18, at 4:00 p.m. EST on NBC Sports Network.

Riders from all corners of the globe competed behind the killer wakes of the Supra Boats SE550 and SA450, throwing down massive tricks to give judges a run for their money while scoring.  Team Supra riders cleaned house, topping the podium in three of the four professional divisions.